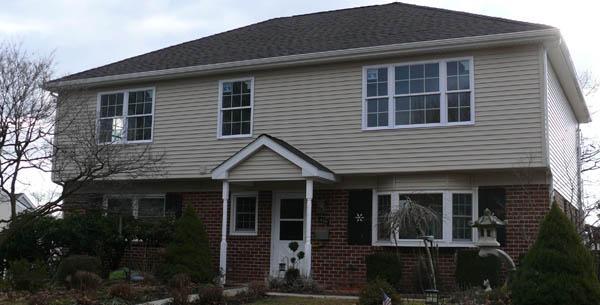 Edwin been in the construction business since 1978 as an employee of a master carpentering company. In 1996 He decided since he has four boys that are growing up so fast and believes in spending quality time with his boys and since they share the same construction interests as he does. He decided to put together EZ General Construction Inc. That's where we got the name EZ General Construction Inc. We started out very small with just us five. With 4 years of hard work and honest and his patience hand showing his boys how to master different trades and how to communicate on a business level. We were off to a good start and had a lot of work and not enough of days in a year to complete it. So with in 2 years our staff increased to 26 employees. We all stayed in the field working with our guys as each one of us being the foreman of our own crew. So Edwin put his tool belt away and now was the quality control man and still to this day he continues making sure that his name carries the quality. He soon became overwhelmed with the responsibility of estimating, scheduling, book keeping along with quality control.

Rodney his oldest son had taken drafting, with business, & management courses in school. Ed moved Rodney from the field and into the office, And brought up one of his guys to fill Rodney's role in the field. While his other sons still remained in the field. The business at that point took another leap.

We also achieved a very big step in a business and became a corporation We soon found ourselves working on very large commercial projects, We were involved on well know projects such as Hershey Park, Clipper Magazine Stadium, Schreiber pediatric center, Several different banks, Lowe's, Hilton hotel, Restaurants, Celebrity homes, along with complete single and multi home developments, Along with many more unmentioned projects. So with that underway we quickly rose to a multi million dollar business but never loosing our site of complete customer satisfaction.

Don't think that we are too large of a company to handle a smaller project. We have several crews that are in our residential department. Such as complete and partial custom home building, replacing windows, doors, roofing of all kinds, decks, patios, Completed large to small additions. Masonry, Agriculture, and even as small as power washing.

If you are interested in an estimate from our company or would like more information feel free to contact your Honey Brook General Contractor we would be more than happy to assist you.

If you are looking for a general contractor in the Honey Brook area, serving all of Southeastern PA and the surrounding area, then give us a call at (717) 354-0332 or complete our online request form.